​This period of transition and heartache in the current era of my life is a definition of cruel that I have never experienced before.

They say before you can climb to the top, or realize that you even need to, you must hit a “rock bottom”.

It’s crazy. Because my life has seemingly been a serious of these horrible bottoms. Each one a little bit worse than the one before. Only, all the ones before now, were only bottoms where I sat at the bottom of the hole alone.

This one is different. It’s like I had multiple people chained to my ankles and when it was time to fall, they were victims of circumstance.

There’s two ways I could view it….

Someone has my life on a bottomless pit repeat, kind of like the movie groundhog day, and these bottoms have no seize..

One day, after I am drug through the mud, suffocated, and drained of every tear I am capable of crying, there’s is one amazing top I am going to reach.

I pray for the latter. I actually yearn for it. I am so tired. Truly I am. I do not know how much I can withstand. I won’t say I can’t withstand anymore, because the truth is, I have literally been beaten, sexually assaulted as a child, raped more than once as a teen, homeless, isolated, unloved, stripped of everything I had more than once, cursed with what seems like an unloveable soul,  and I have seen dark things that I can’t explain.. nor would anyone believe even if I tried to, and recently, almost lost my daughter…… yet I am still here.

I suppose God or fate is not done with me yet. I don’t know what lies ahead. It scares me whatelse I may have to withstand, and honestly, it will take strength I know that I don’t currently have. But I know that I want love to be involved, even if I do not fully understand all types of it. The love as a mother, I fully embrace and experience, but the love as a lover is one that I have always yearned for, but never fully grasped. But it’s been clearly depicted so far, that the latter is so far, not in the works for me. I pray that when and if it is, that that lover will dream of me, and we can meet on this battlefield with our white flags, embrace, and never…EVER again let go.

Until then, I’ll light a candle at the bottom of this hole so I can continue to dig out with some slight visability, and I will try my best to focus on the things I am digging for. 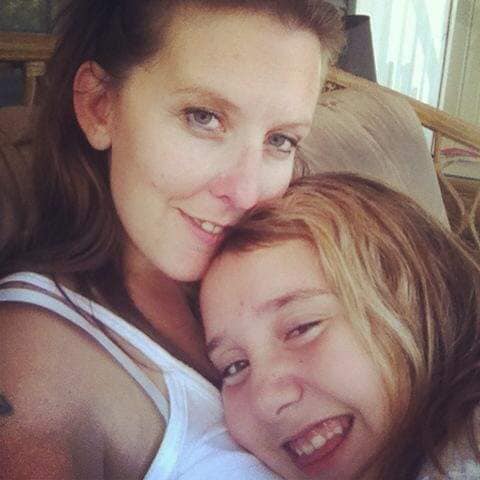 There are times in an adult’s life where a moment happens, and you are instantly taken back to a time from your past.

Tonight, as I went in my daughter’s room to pray with her, as I did every night before that for 13 years, my back was excruciating, and she moved over to let me lay down with her and immediately decided that she wanted to fall asleep while we cuddle. This was a treasure to me, considering all the nightmarish recent events that have been occuring in our house, which will be a story for another time.

As we lay there, the room became quiet, and I could hear the tv going in the living room that my husband was watching. I began to doze, not fully, but half in, half out, and it was as though a slew of flashbacks came flying in like a projection in my mind. Hearing the tv in my own living room took me instantly back to being awakened in the morning at my grandparent’s house as a child, hearing them both in the kitchen singing beautifully, a perfectly harmonized gospel song of their time. The smell of bacon and eggs filled my nose, and even as a child, although gospel music annoyed me, I wouldn’t want to budge for as long as possible just so I could hear them singing. And also because I didn’t want to get out of bed until right when breakfast was done haha.

Waking at my grandparents was a far cry from waking at my own house where you’d either hear yelling and bickering, or complete and utter silence because of the separation in our house. And the smell would be that of cloudy cigerette smoke, and mold and must from the lack of cleanliness in the house.

I kept flashing back and forth between opening my eyes briefly to watch my beautiful daughter sleeping, hearing my grandparents mesmorizing voices, and the nightmare that was my house.

Sometimes, we don’t get to choose what we remember, and honestly, some things, I have worked my entire life to this point trying to forget. However, pain unresolved, is like a new limb for your body. And it is a limb that you use more frequently than the limbs you were born with.

I laid there tonight, begging to be able to stay in my grandparent’s bliss, even if it was just for an hour, and wishing that my daughter could be there with me, just laying there, experiencing one of the rare times of peace of my childhood.

But alas, I suddenly hoped that the moment that my daughter and I were in right then, could be her time of peace when she looked back one day.

I’ve spent every moment hoping that one day, when and if she had unresolved pain to deal with, that I would not be the cause of it. But I would be lying to myself if I said that I wasn’t a vast majority. I will be part of her torment and part of her bliss when she looks back.

I have always tried to be a good mother, but when you are riddled with unresolved internal pain as I am, you are bound to wreck those who surround you throughout your life.

I can only hope that with events currently happening, a knee jerking wake up call, that I will be able to redeem a little of myself before she’s grown and gone and old enough to never call me.

And I hope in the process, I find something else to live for so that it won’t be as painful when she goes off to conquer each and every dream that I have always encouraged. Maybe in time, I could forget my pain, and she could remember her happiness………

Follow The Truth and the Lies of the Journey on WordPress.com